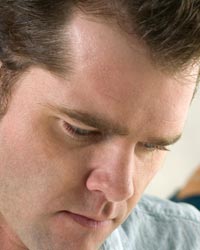 Buprenorphine (pronounced byoo-pren-OR-feen) moves addiction treatment from the public clinic to the private doctor’s office. Prescribed confidentially by a physician, buprenorphine can eventually be taken at home, through 30-day prescriptions filled at the local pharmacy. Buprenorphine, like methadone, can eliminate physical craving for opiate drugs and withdrawal sickness. What’s more, it prevents heroin and other narcotic drugs from creating a “high”. Buprenorphine has fewer side effects than methadone and it relieves the chills and nausea of withdrawal without clouding the mind. With a clear head and restored dignity, patients can work to reclaim their lives.

Heroin and prescription painkillers control the lives of millions of Americans from every profession, age group and zip code. People who never imagined themselves as “junkies” wake up every morning with an all-consuming need to use opioid drugs. While their paths to addiction differ, their uncontrollable dependence on their drug does not. Without help, these otherwise ordinary people risk the loss of their jobs, their families, and their futures. Until recently, the most successful treatment has come at a humiliating price. Addicted individuals seeking relief from painful withdrawal symptoms commuted to government licensed methadone clinics. There they waited in line for their daily dose of methadone, bathed in the clinic’s stigma of misery and personal failure. Fortunately, a revolutionary new medication has begun to change this grim scene – buprenorphine.

Unfortunately, many people still believe that drug dependency signifies personal weakness. But recent neurobiological research reveals a very different picture. Addiction specialists now view addiction as a disease of the brain’s reward system. Like hypertension or depression, addiction is influenced by both genetics and lifestyle. It is complex, chronic, and remarkably stubborn. Nonetheless, addiction is a legitimate disease that can and should be treated like any other mainstream illness. A new generation of drugs led by buprenorphine begins to do just that.

Patients take buprenorphine every day in the form of a small orange tablet that dissolves under the tongue. Once in the body, buprenorphine pries heroin and other narcotic painkillers away from pleasure receptor sites in the brain. It then occupies those sites in an awkward but persistent fashion — well enough to keep other opiates away and relieve withdrawal symptoms, but poorly enough to prevent its own abuse.

Buprenorphine treatment involves much more than a pill. Patients must commit to long term, close supervision involving regular doctor visits, counseling, and urine screens. Only specially licensed and trained physicians can prescribe the drug. Like every other medication, buprenorphine has risks, costs, and complications, and it can’t help everyone. It does not cure addiction. Buprenorphine temporarily removes the physical attraction of other opiate drugs by replacing them in the brain with a far less dangerous substitute. While receiving treatment, patients can live and work normally without withdrawal symptoms or worry over how they will get their next dose of drugs or medication. Buprenorphine offers a very good treatment option for a severe chronic medical problem. Scientists hope their growing knowledge of the brain will some day produce a permanent cure for this all too common but often misunderstood disease.